Once upon a time, there was Betty. She is the by-product of my desire to be a urban farming guru… 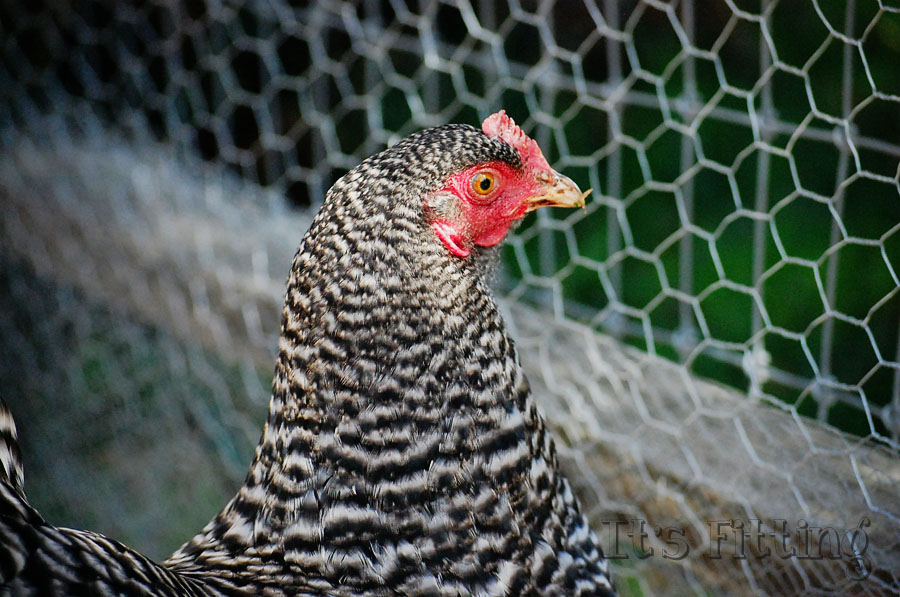 Now while she may not be everyone’s cup of tea, I like to think of Betty as a pretty little hen. A lovely Plymouth Barred Rock, with a mellow temperament and quiet disposition, she is never the one pecking at my feet, occasionally lets me pick her up and pet her, and is never anything but sweet, meek and mild. She had been living a quiet and egg producing life in my backyard until one day, there appeared at the door to the coop – 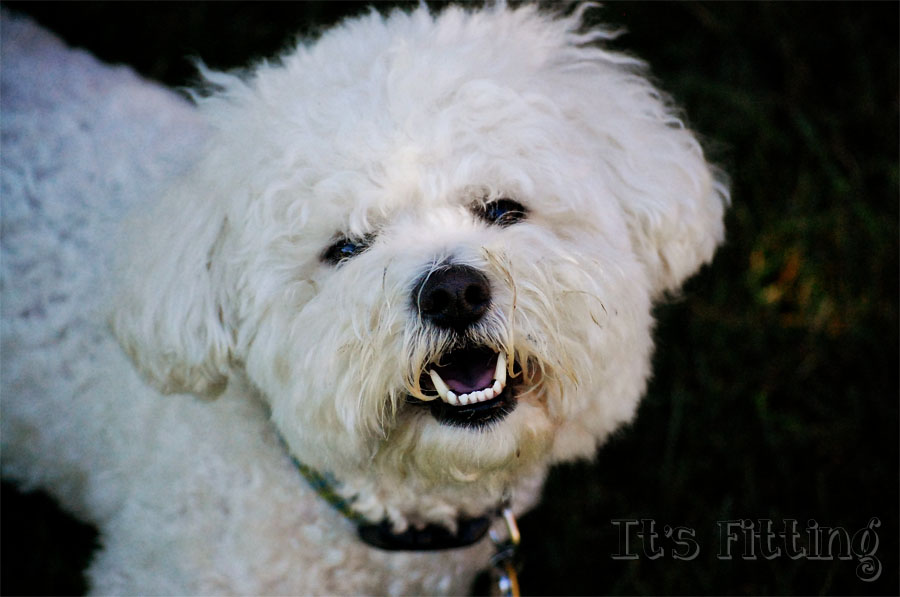 This is Madison, aka THE BEAST. Don’t let that cute and furry face fool you. While she loves to snuggle with the family, lets the kidlet beam her with tennis balls in the name of fun and does the Bichon buzz every night, (to the delight of all), she also bites strangers, barks incessantly and is a royal pain in my ass. Underneath that stuffed animal exterior and 15 pounds of fluff lies the heart of a demon. And she is my house guest for the WHOLE summer.

Now this is not her first rodeo here at Fitting Farms. She has stayed with us for lengths of time before while my parents go gallivanting around the world and has always been a gracious house guest. She has also always been seemingly uninterested in the four chickens I have cooped up in my backyard.

Her interest this summer however appears to have been piqued, since she has taken to eating chicken poop when she can get it (omg, ew) and sits at the door of their coop… watching… waiting…

I discounted it. Because after all, she’s a freakin’ BICHON. She was bred to be a lap dog, not a ratter, or a hunter. She’s 15 pounds of white fluffy, lion cut dog. SHE LOOKS LIKE A STUFFED ANIMAL.

So imagine my surprise after a long day yesterday… a long day of toddler and BBQ’s and being on my feet and stressing about everything because I’m nesting (more on that later) and bribing my child to finally go to bed… when I let the dog out in the backyard to pee… and suddenly hear panicked squawking and the flapping of wings.

I think I was painting something (don’t ask, just see the nesting comment above) when I looked up from my paintbrush to see a chicken come hurtling across the backyard, with a white streak of lightening behind her. Said chicken then smashed into the glass of our sliding door with a puff of feathers, recovered her bearings and took off in another direction, with the dog nipping at her heels (feet?talons?). I jumped up, dragged my 5 months pregnant body out the door after them, screaming MADISON NOOOOOOOO and trying to a) stop the dog and b)catch the chicken.

If only my neighbors had gotten this on You Tube, I’d be freakin’ famous.

I finally succeeded in at least catching the dog and throwing her off the hunt but looked up in dismay to see the chicken go hurtling towards our back wall. F***. She’s going to end up in the street, she’s going to fly away, someone’s going to hit her with a car, she’s gone… all of these things flew across my mind as I saw her go leaping for the 6 foot high cement barrier.

She did not make the jump, but instead went flying into the wall, bounced off and dove into the huge thicket of blackberry bushes at the base. Where she stayed while I dragged the dog into the house. And while I looked in dismay at the thicket. And called to her. And begged her to come out. And promised her food, riches, and luxury accommodations if she would only let me know that she was alive and well and come home.

She is not a dumb chicken.

So there she stayed, all night long, while I fretted and worried that she was injured or dead and that I was going to have to fish her out of the blackberries in the morning. That I wasn’t going to be able to let the dog out to pee because this damn chicken would be somewhere in the thicket and I was going to have to chase the both of them again…

But no. This fairytale (thank goodness!!) has a happy ending. I jumped out of bed this morning, leaving the Beast stranded on my bed, and ran outside to try and find poor little Betty. She wasn’t in the blackberries where I looked, but instead, was foraging happily in my yard for bugs or something. She looked almost relieved as I herded her back into the coop with her sisters who were positively frantic that she was gone. 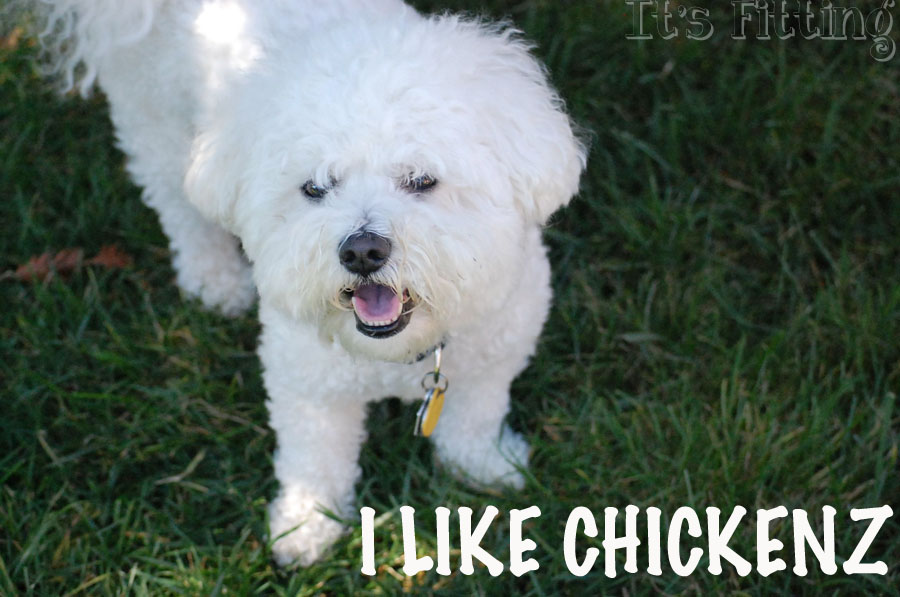