So I haven’t written about this yet because it’s just been too sad. Ok that’s not really true, I just haven’t really had the time or the desire to talk more about it… but suffice it to say, some days, urban farming isn’t all it’s cracked up to be.

About a year ago, I got these little ladies. 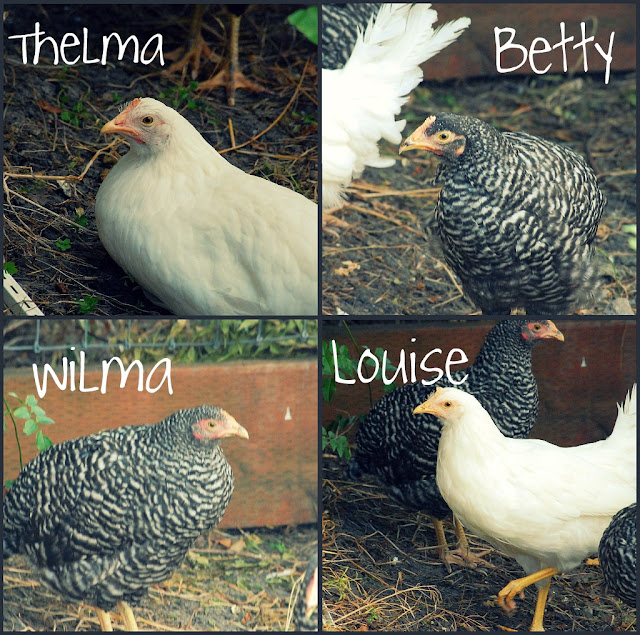 And throughout the course of the year, you have followed along our ups and downs, our trials and triumphs and our out and out fails.

It certainly has been a wild ride, no?

After poor little Betty’s ordeal with the dog last week, I thought perhaps the worst of the summertime farming fails was over and that we could all settle back to normalcy, gathering our eggs and our produce until winter.

Ah, that it should be so easy.

Lately, I have been forgetting to get the eggs out of the nesting box every day. In fact, I’ve been forgetting to get them forseveral days at a time and will finally remember and have to gather up the 12-15 or so eggs that have been sitting out there for a while. Now I’m not obviously concerned that they will go bad as fresh eggs have a great shelf life, but I should have been concerned about something else… namely creatures besides myself that like to eat them.

I went out to the yard to play with the kidlet a few days ago and only saw Thelma and Louise wandering around the pen. Since they tend not to lay at the same time, I was confused as to where the other two might be. I called them but no one came. So I looked in the henhouse to see… feathers. A whole lot of feathers. And a large black shape on the bottom of the coop.

Wilma wandered out of the house, obviously fine and un-traumatized as I raced into the run and looked inside to see my little Betty, motionless on the henhouse floor.

Something had gotten into the run and into the henhouse presumably to eat some of the eggs, and it would appear killed her when she went in to lay that morning. The injustice of it was that whatever killed her, didn’t even EAT her. There was no circle of life thing going on here. It merely killed her (in a not unbloody and disgusting way) and then left her there.

So like any good farmer does, I called my husband and cried.

And then went over the neighbors house to see if he would help me clean up the mess.

And then I cried some more.

Stupid animal that ate my chicken.

Stupid chicken for getting eaten.

And stupid me for crying about it.

So that was depressing, right? How about some retail therapy? I’m doing a kick butt giveaway that ends tomorrow!! You might want to check it out and win $50 in products!!