So I’ve been growing our little garden for a few years now with more and more success. I’ve had some setbacks obviously, but I’m learning what I can and cannot grow, not to mention WHERE I can actually grow it. (Corn in the backyard? Meh, not so successful.) One thing that I do struggle with is the fact that the weather will start to get nice and I’m all antsy to plant plant plant and then we’ll get a freak freeze and everything will die. Fail. So how to grow vegetables when the weather is still dicey? Or if you don’t have dirt in your backyard and only have concrete or rock? NO PROBLEM!

We have raised beds in our yard that I adore, but for those sensitive plants that I want to get in the ground and get harvesting early, the raised beds aren’t going to work for me. Neither are the stupid flower pots which are too heavy and expensive and I find they don’t drain as well as I would like. They also aren’t big enough for what I want to plant either.

But what about these? 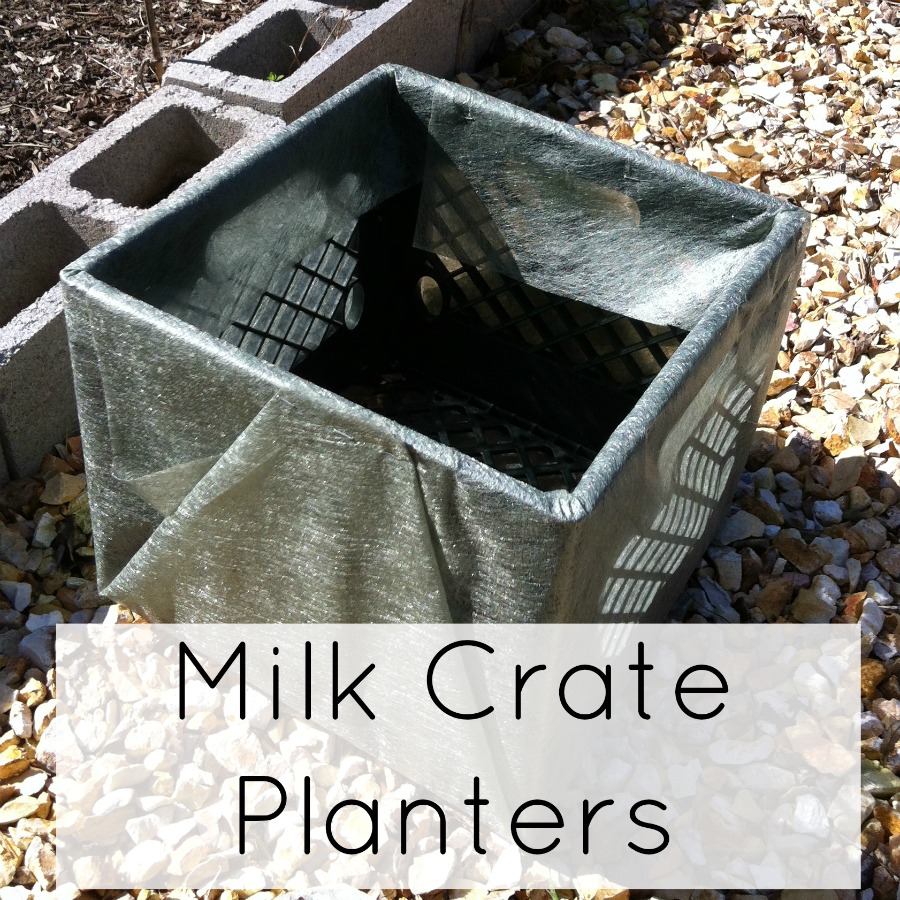 They are easily made and easily moved. They are great for lettuce, carrots, or any other smallish veggie that is gonna get CRUSHED by the frost and needs to be put indoors. Whenever it gets too cold at our house, I just move them into the garage. Once the frost danger is over? Back outside!

It’s also great if you don’t have a place to plant anything. You could have a parking lot for a backyard and still plant gorgeous veggies!

What you will need ::

So I used milk crates, which can be hard to find, but our neighbor delivers milk, has a ton, yadda yadda yadda… so they were free. BUT, instead of milk crates I’ve also used file boxes from Walmart, which are about $20 for 6, so at around $3.50 a pop, are a smoking deal.

This is what you put down on the ground to keep weeds from growing through. It’s easily found at Home Depot, Lowe’s or any other garden center and is going to run you about $12.00 for a 50 foot roll, which will be PLENTY. It’s great for this because it keeps the dirt in and let’s the water drain out. 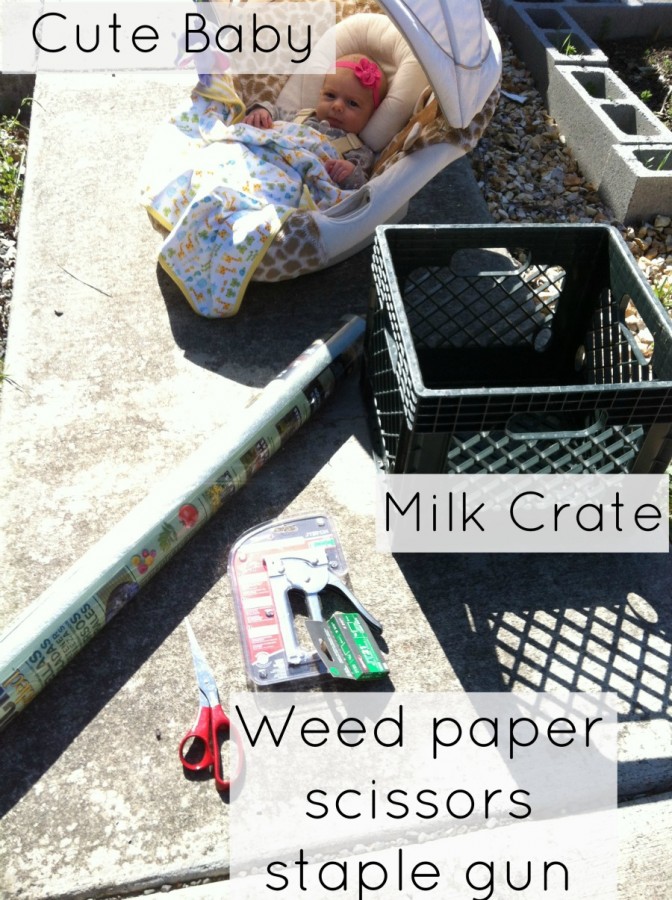 Place the crate on the weed block and wrap it up like a present, making sure to staple the paper tight against the crate to avoid dirt falling out later. 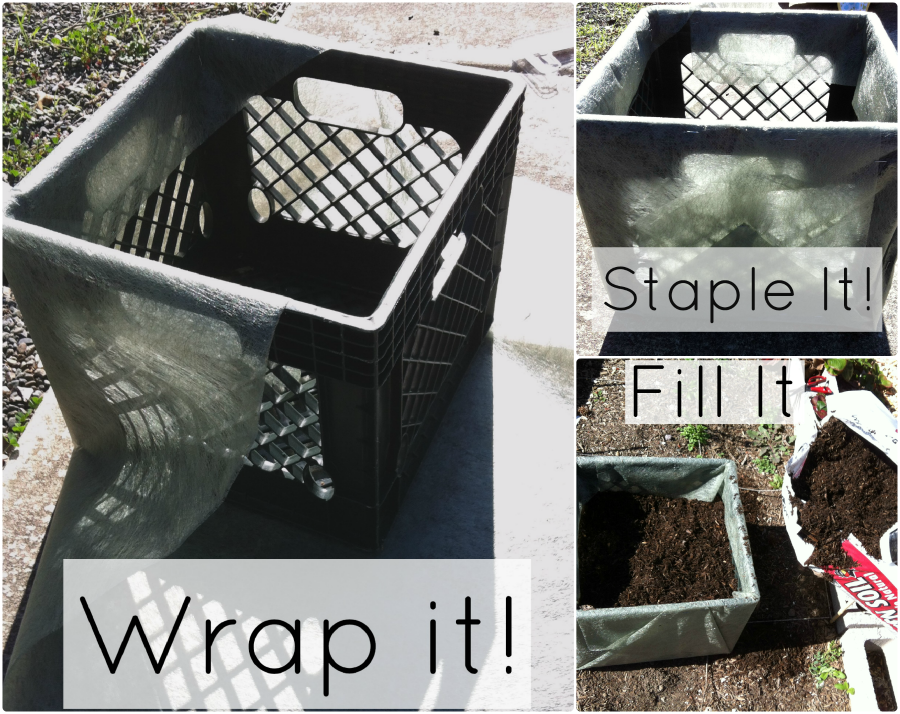 Does it get any easier? 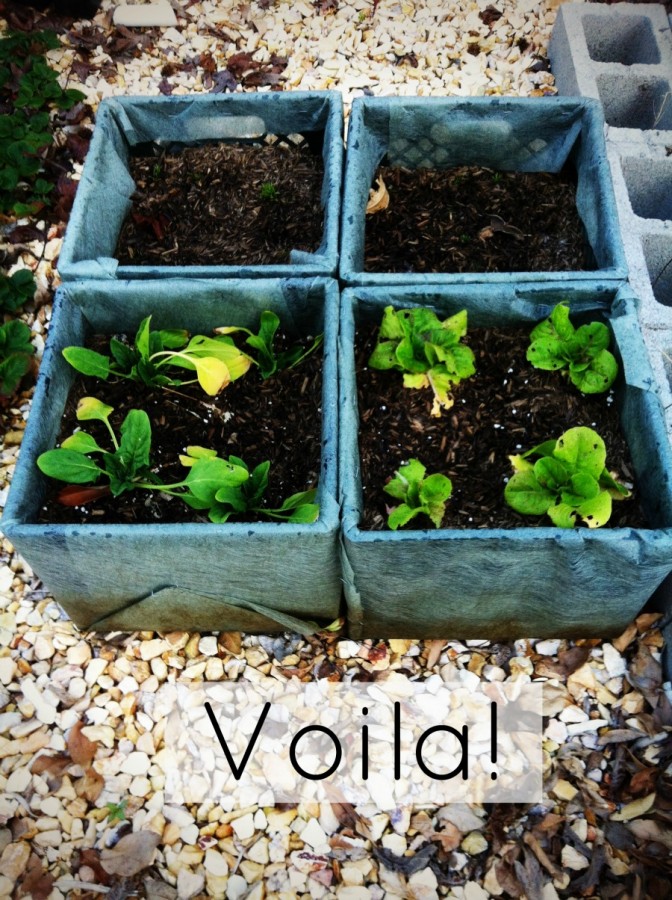