So this summer, while we were out traveling like nomads, we had a little scandal happen here in the hen house… 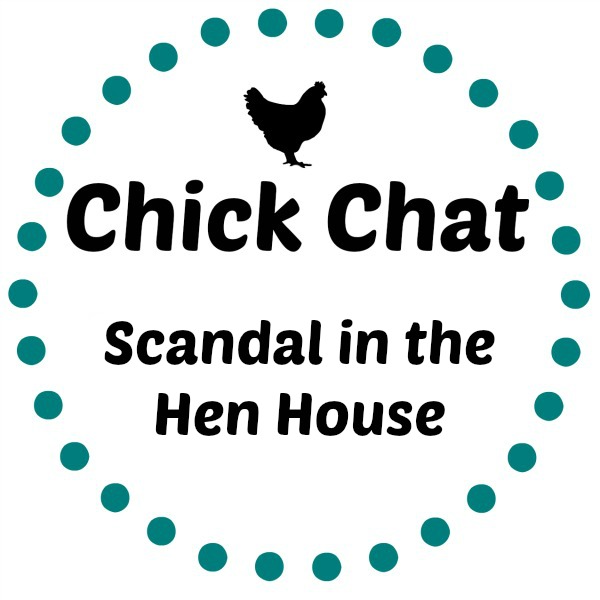 Our lovely new chickens, Mamie, Dolly and Eleanor were settling in nicely and starting to get along with the older gals. After the drama of their introduction everyone was finally getting along… sort of anyway.

So we had just returned home from New York and the husband and I were lying in bed one morning, reveling in the feeling of being home for the first time in 2 weeks, when we heard a MOST unlady-like sound. In fact, it was a sound that seemed disturbingly close to the sound of crowing.

WHAT THE F***?? I ran outside, calling to the girls and stared at the flock in the morning light. Nobody moved, but nothing seemed amiss and they all stared back at me with a mixture of amusement and derision, like WHAT? You leave us for two weeks with a babysitter and expect us to come when you call? Ha.

Nothing seemed out of the ordinary, but still, that sound.

I of course hopped onto Farmer Google to see if it was at all possible that a hen could make that noise. I mean, maybe one of them was having a little identity crisis, or was confused? I read stories on backyardchickens.com that yes, it was possible for a hen to crow and that sometimes it was just more of a dominance thing. Ok, we’d had some dominance issues lately, so that had to be it… right?

I did notice however that Mamie was looking really really good. Like, beautiful red comb, a sign that she was going to start laying soon (hooray), and really gorgeous, pointed saddle feathers in gray and taupe and butterscotch.

Hrm… but Farmer Google says that only roosters have pointed saddle feathers.

I gave it a few more days. I did. Every morning I listened as the sun came up and someone out there let out a little cockledoodledoo. And it started to get louder, and more assertive. And I realized that indeed, we had a “Roo” out there… and he/she would need to be taken back to the feed store. 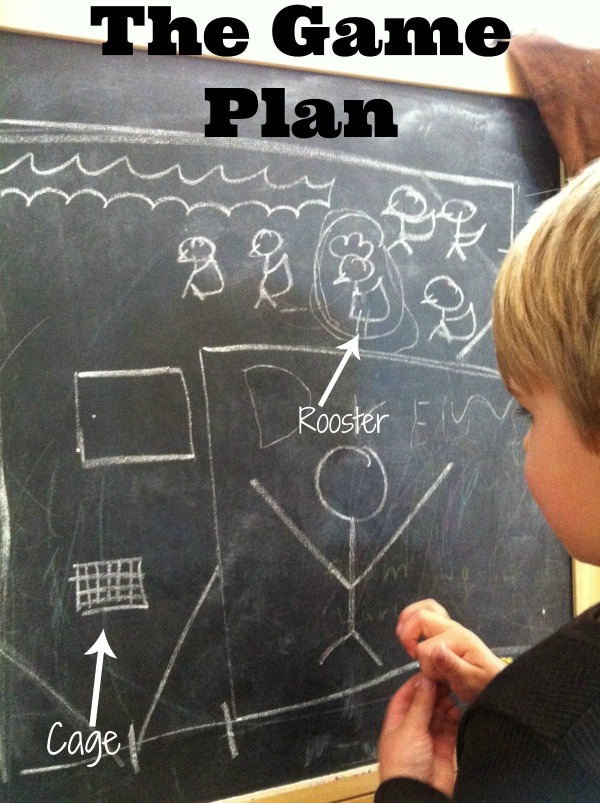 Suffice it to say it involved a cage, a Big Kid and me, chasing the rooster around while the Big Kid waved his arms and tried to be helpful. It wasn’t SO effective but eventually we corralled the poor boy into the cage and dragged his butt back to the feed store, where they refunded my money and re-housed him…

Don’t worry, no roosters were harmed in the writing of this story.

We were sad to see him go, but I’m sure the neighbors had been shaking their fists at their pre-dawn wake up calls. Whoops!

And I guess our Mamie was actually an IKE! 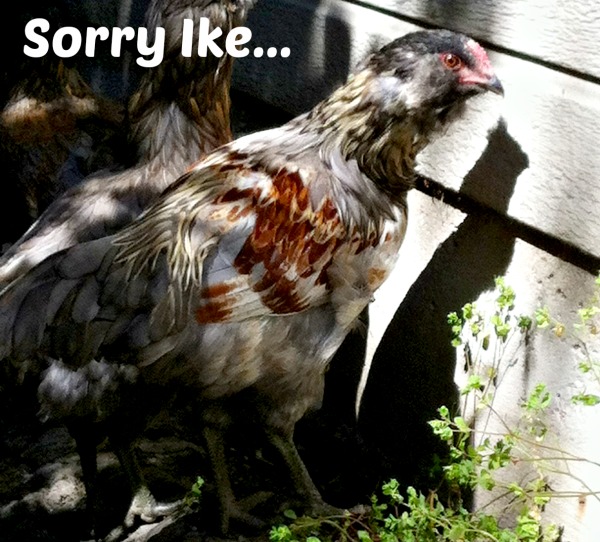