The Big Kid’s birthday is coming up next week (don’t ask, I can’t talk about it) and since we are allowed to make our own baked goods to bring for birthday celebrations I wanted to do something a little better than the average cupcake.

I will be totally honest… I live next door to the Big Kid’s teacher and she BEGGED me not to send him with cupcakes… something about 25 almost 5 year olds hopped up on sugar… chaos, anarchy, etc. I figured I could help her out a bit.

Regardless, we have zucchinis coming out of our EYEBALLS (just in case you didn’t see) and I figured there had to be a good way to use them all. The Big Kid ok-ed the idea to make zucchini muffins, at least in a trial run, but only if I promised to put chocolate chips in them. It was a very BIG promise, since I’m kind of known for hiding flax and oat bran into muffins, but very rarely chocolate.

FINE Kid. I promise. No flax.

I have to say though, dark chocolate is actually healthy stuff, and because we were making mini muffins, I found it easy to control the amount that went in. Everything else was easy peasy and I didn’t even have to break out the KitchenAid mixer (even though I ADORE IT) and had one less thing to clean. The Big Kid also helped make everything and based upon the look on his face decided that he was MUCH better at this than I was. 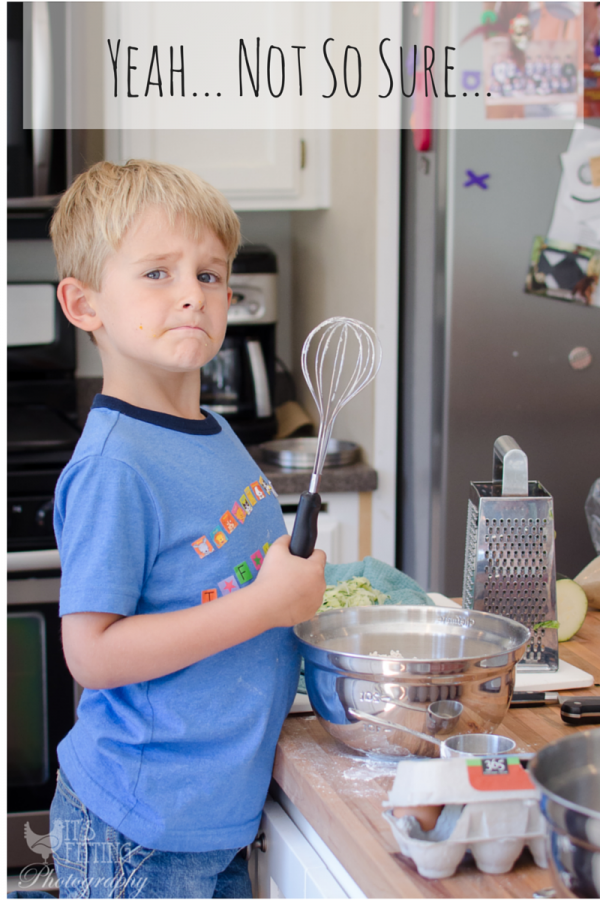 After making a HUGE mess in the kitchen we baked these little babies up (and they are little, bite sized morsels of cinnamon and chocolate goodness) and I got a BIG FAT THUMBS UP from the Big Kid. He ate four without me even noticing (daaamn these things are small) and declared them birthday approved. 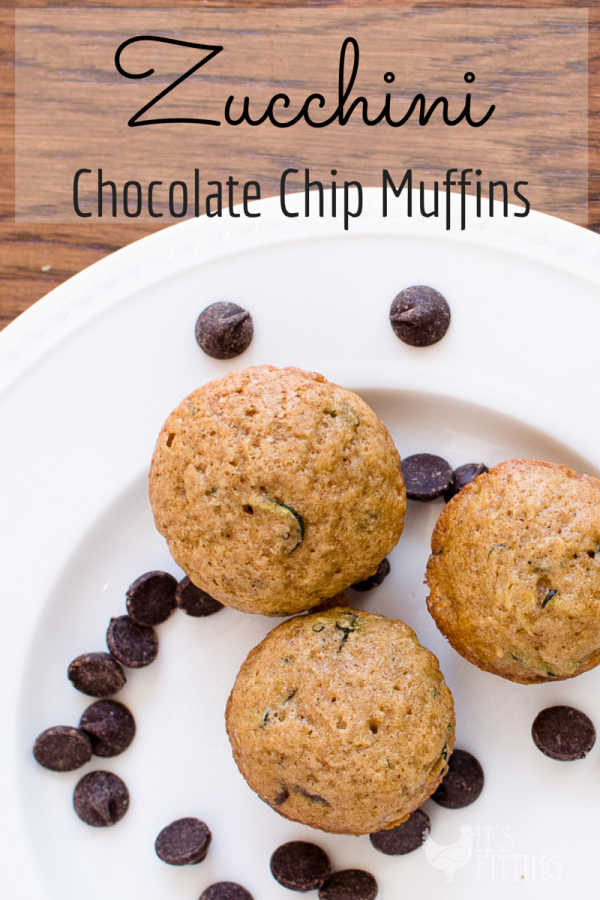 1.5 cups of All Purpose White Flour

3 Tsp of Ground Cinnamon –you can also do half pumpkin pie spice, which has nutmeg and other spices in it for some fabulous flavor

1/2 cup Applesauce – I know it seems weird, but it cuts back on the oil and you can’t tell at ALL. I was skeptical, but it really works

1 Cup Semi Sweet Chocolate Chips – this was an eyeball measurement, it’s just enough to put 3-4 chips in each muffin tin.

Preheat the oven to 325 degrees and grease and flour a mini muffin tin. (Try Baker’s Joy, SO much easier when working with mini muffins.)

Sift the flour, salt, baking powder, baking soda and cinnamon/pumpkin pie spice, whatever you wanted to use, in a bowl. If you don’t have a sifter, or don’t want to deal

with the mess of using one, add all of the ingredients in the bowl and whisk them. Just as good.

In a different bowl cream the eggs, oil, applesauce, vanilla and sugar together. Add the “sifted” ingredients to the creamed mixture and beat well. Stir in the zucchini and mix. Do NOT over mix though. I did this all without my kitchen aid mixer and just did it all by hand. Easy stuff.

Because have you SEEN a 5 year old hopped up on sugar? *shudder* It ain’t pretty.

Cook the muffins for around 12-13 minutes and check to make sure that a knife/tester comes out clean. I will say this though, these little guys go from great to overcooked REALLY fast so if they look like they might be ready? Take ’em out. Once they are cool enough to remove from the pan, cool them on a rack and get ready to serve to some 5 year olds.

I am going to be a popular Birthday Mama next week. *SCORE*