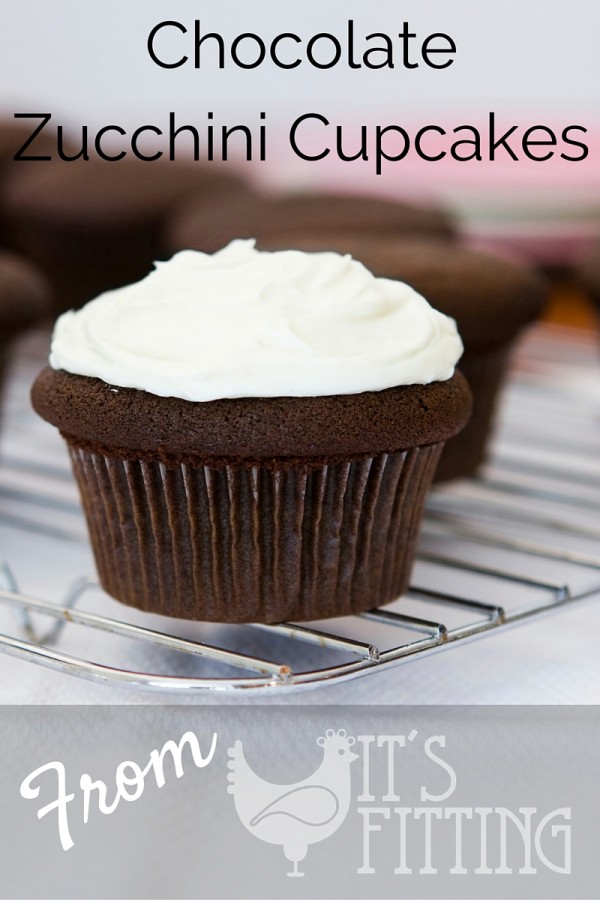 So yeah, it’s been a while. School starting and life resuming has kind of messed with me a little bit, so I’m scaling back a LOT in order to focus more on my kids and our home. Not a bad thing but I’ve missed the catharsis that comes with baking and cooking and writing about it. So I’ll be back but just give me some time to figure everything out… it’s really been crazy.

With as crazy as life has been as of late, the Big Kid’s birthday all of a sudden APPEARED. It’s tomorrow and we have to bring treats that are small (per the teacher’s request)… and because I’m the world’s most evil mom, whenever I bring treats to school, I always try to add at least some healthy component to it. For SuperStar-week last week I did my zucchini chocolate chip muffins and they were a HUGE hit as usual.

This year though, I think the Big Kid is on to me… or rather he didn’t want to actually see the big flecks of zucchini in his birthday cupcakes, so he asked for chocolate cupcakes. Sure kid… no sweat. But just because they are chocolate, doesn’t mean I can’t stuff some zucchini in them, right????

These cupcakes were a surprise, even to me. I pulled them out of the oven and they were super soft, super fluffy and SUPER chocolate-y, thanks to the addition of some amazing chocolate enhancers like coffee and cinnamon. And no, there is not enough coffee to jack up your children on caffeine.

It’s important to puree the zucchini because then there are no strings, no green flecks and most importantly, no evidence.

You can either frost them with a super simple cream cheese frosting or dust them with powdered sugar for a beautiful fallen snow kind of look.

Either way, no one will ever know there’s 2 cups of the green stuff in there and you can feel a little bit better about stuffing your kids with cupcakes.