In case you hadn’t heard, El Niño is coming and it’s going to be a doozy. Now we definitely need the rain here in California, so I can’t begrudge our state the opportunity to hydrate itself, but if you remember, I have a little bit of a love/hate relationship with the rain.

While I love a nice rainy day, snuggled up with the kids watching movies, once we start getting the real stuff I start to get a little twitchy. Day after day of gray, dreary weather. Hour after hour of wondering what the HECK I’m going to let the kids do that doesn’t involve cracking out to the television. Because after a while, their eyes start to glaze and I can see all of the years of learning slowly seeping out of their ears and onto the playroom floor.

Oh but if they actually have to play together? World War 3. At least these days. There’s fighting and crying and screaming and it’s enough to make me want to lock myself in my room and let them go all Lord of the Flies on each other. Just don’t destroy the house.

Right. El Niño is coming, so batten down the hatches and find something for the kids to do…

Thank GOD I found at least one option to keep them entertained and from killing each other.

How excited do THEY look? The Big Kid had seen a few commercials online and on tv and knew exactly what they were when he opened the box. The Peanut was excited but probably more-so by the idea of a box to play in and bubble wrap to pop.

If you haven’t seen Qixels in action, they are awesome little cubes that when fused together can create anything your mind can imagine. Using the grids, the water gun (oh the Peanut LOVED that one) and the Turbo Dryer, it’s never been easier to create your own 8-bit play world. 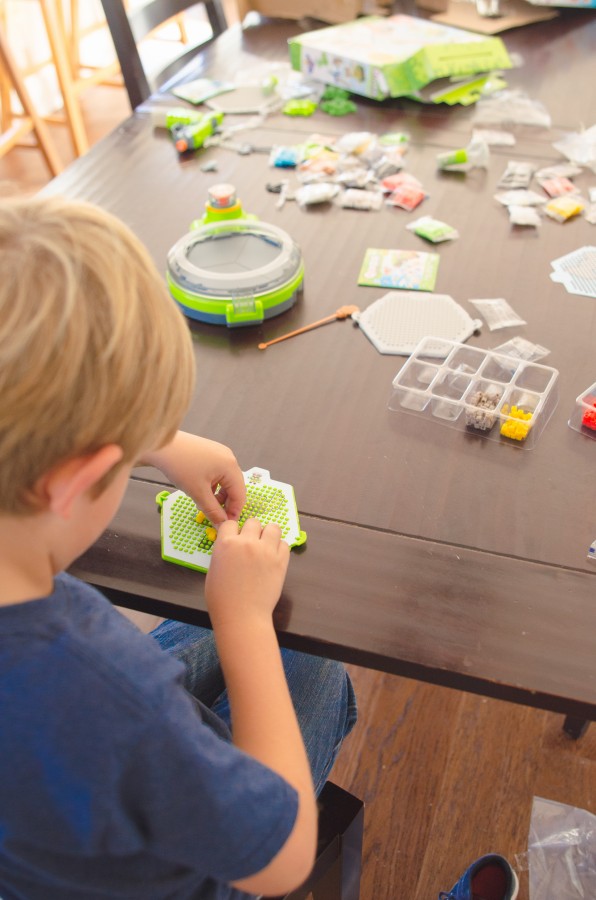 Despite my initial misgivings (and the 5+ age designation on the box), even the Peanut was able to follow the instructions and pick up and place each pixel on the grid. Whether or not she listened to you about how they actually needed to be touching in order to stick together is another thing. She’s got a mind of her own, that one. 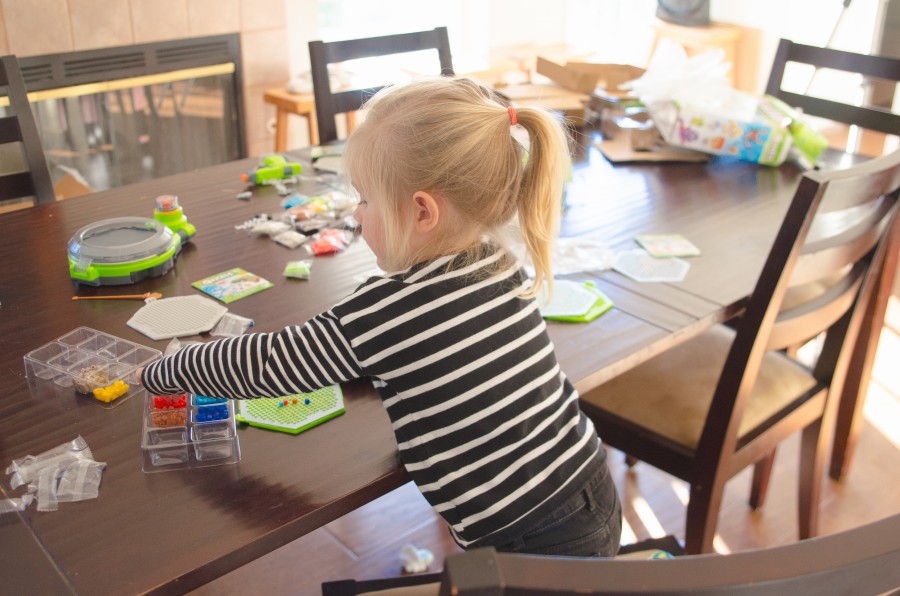 There were endless possibilities of fun shapes and figures to build and play with and the two of them created and played for the entire first day we had them. 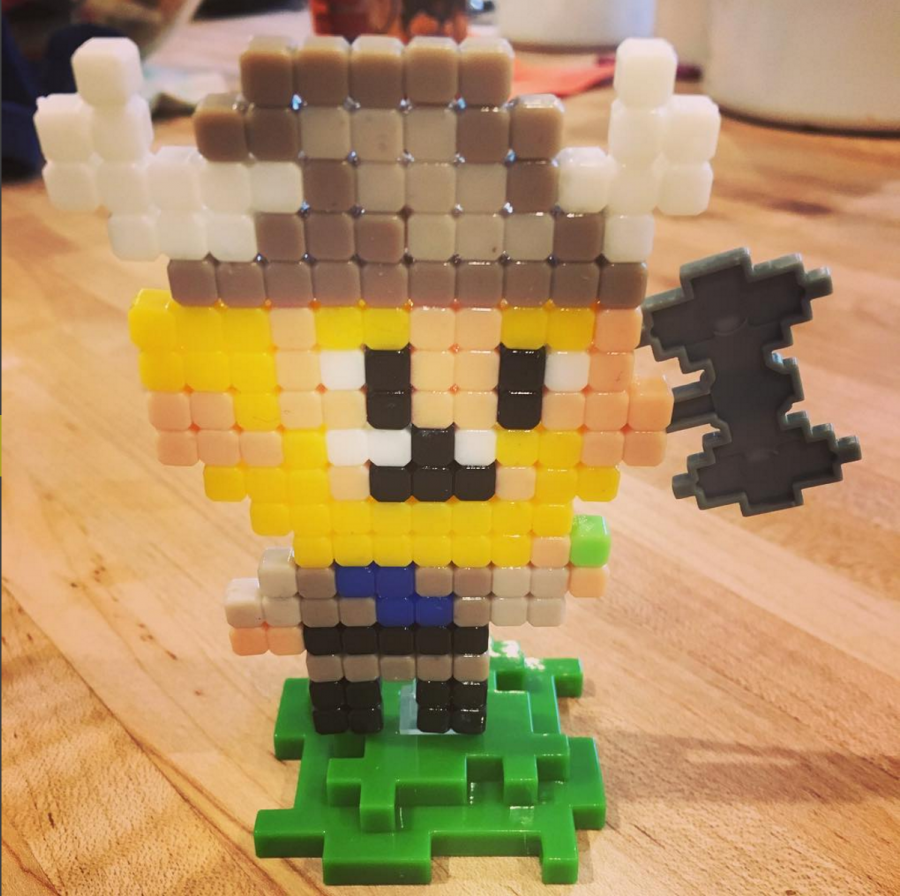 The Fuse Blaster and the Turbo Dryer were especially fun… because spraying things with water and then spinning the bejeezus out of them to dry would entertain ANY child. Mine found it AMAZING. It was also nice because it cut the drying time for the figures in half. Which meant our vikings, monsters and dinosaurs were ready to play with in just 15-20 minutes

They may love them, but I love them for a few other reasons. The two kids played quietly, side by side together, asking for colors and being polite (Qixels obviously stole my children and replaced them with aliens for this test run), creating monsters and shapes and even small versions of themselves! The creativity was abounding and I only had to sit back and watch as opposed to referee.

The true test of the Qixel magic was the next morning. Mornings are usually a knock down drag out argument about how they can’t watch cartoons because Mommy is watching the news, or them sneaking around at an ungodly hour trying to sneak in a few hours of tv before the rest of us get up. I came downstairs that morning to find them building more Qixels, nary an animated character in sight.

It’s true that we did manage to go through 3 boxes of Qixels in two days, but I’m pretty sure that most kids aren’t going to be as obsessive compulsive as mine are. And I will DEFINITELY be buying more for when that rainy season descends upon us… because if this Fall break is any indication, it’s not going to be a pretty sight unless we have some Qixels on hand.

But don’t let me show you all about them. Let my kids.

I was selected for this opportunity as a member of Clever Girls and the content and opinions expressed here are all my own.