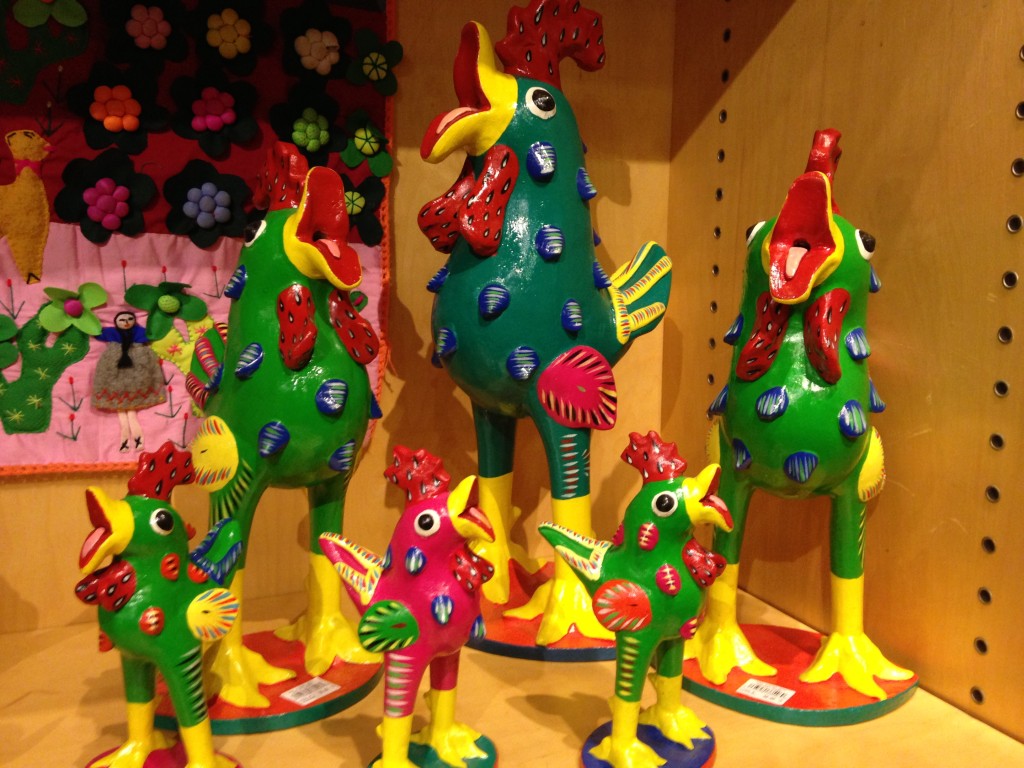 a bunch of funky chickens

Yes, I know they are roosters. But they are cool, and represent me and my flockies perfectly. So there.

Anyway, when I was asked to guest post here on ‘It’s Fitting’, I stalked the blog a bit to see if I had something worthy to share. Ashley had me at CHICKENS. Why? Because I’m still very close with a couple of the girlfriends I’ve had since college. Whom I sort of convinced to move out to Los Angeles a year after I made the trek. What can I say? I’m a charming and persuasive trendsetter…lol. Besides, it’s HOLLYWOOD, and both are performers, so it was the natural progression of things. Oh, and not only did I convince them to follow me to the West Coast, I set one of them up with my single FIL 10 years ag0, and now she is my step-MIL. That’s another story entirely though :-)

The thing is, We are Chickens. Always have been…always will be, and will no doubt be sharing a ‘retirement coop’ one of these days, having long out-lived our male-Rooster mates, and doing our best to live life to the fullest….together forever…covered up with grandbabies. To say that I remember how the chicken reference came about, would surely be a lie. I don’t. Probably out of a drunken night of playing Scrabble at 1321 N.Vista. Or maybe one day at FMP in West Hollywood. Or….hell, I don’t know. All I do know is it stuck, and that’s how we’ve referred to each other for almost two decades now.

Why am I choosing today to talk about this, you ask? Well, because it’s The Spring Chicken’s “big” birthday today. As in, the last of us is turning the big FOUR OH. We are, 42, 41 and now 40…respectively: Mama Hen, Middle Clucker, and Spring Chicken.

Since I technically met Mama Hen first, I’ll start by dishing about her. She happened to be in the Beginning Modern Dance class I was a TA for my junior year in college at Bama. It was a class based on the Graham Technique, and it was for neither beginners, nor pussies. Anybody that knows anything about modern dance, knows that Martha Graham–The Mother of Modern Dance–was rigid in her form. We had football players come through the class thinking it would be an easy ‘A’, only to drop it in the second week, because they just couldn’t cut it. Anyway, after the second class, Mama Hen strolled up to me and asked if I tutored students. She was desperate for a good grade, but wanted to earn it and offered to pay me (cha-ching!). The fact that she was genuinely interested in learning the proper technique cinched it, and I agreed…despite the fact I was taking a full course load of 18 hours, had numerous pieces to choreograph for various concerts, had been cast in others’ work which involved rehearsal, AND had 3 other jobs–bartender, Budweiser beer girl, and art class model. What was ONE more iron in the fire anyway?

Mama Hen and Spring Chicken knew each other from working together at a local restaurant…I think? Not certain. I knew of Spring Chicken because we were all part of the Theatre and Dance Department, although I’d not met her formally. That didn’t come until later. After she’d dated my ex-boyfriend briefly while “we were on a break”, and I ended up face to face with her AS MY TRAINER when I showed up for my first day on the job at the same restaurant where she and Mama Hen worked. I couldn’t figure out how to tie my tie, and she offered to help.Talk about an awkward moment! It was either let her do it, or quit on the spot. One beautifully tied red bowtie later….the tension had cleared and we’d become fast friends by the end of the day.

And for the last 18 years or so, you haven’t been able to pry us apart with a stick. Okay, well…that’s not entirely true. We’ve had some moments…the 3 of us. Good, bad, and smacked-every-branch-on-the-way-down-the-tree-UGLY. Fortunately, they are all water droplets under a great big, gorgeous bridge with support beams rooted straight into the center of the Universe. True friendships like that are really hard to come by, so when you fall into one…don’t let it go. Seriously. And if you are lucky enough to have more than one, take the time to water them with love, kindness, loyalty and respect. Otherwise, just like plants that have been neglected for too long, they will die….

Which reminds me of something funny that happened just after Spring Chicken and I moved in together when she arrived in LA. We ventured out on a mission to Ikea to pick up a few things for the condo. Despite me telling her I had a BLACK THUMB, she decided to invest in a plant. No…a tree. In a pot. She thought I was bluffing. For awhile, it was fine. I stayed a good distance from the green, living thing with leaves and branches, and it remained alive. However, at some point, it perished. Spring Chicken noticed, and immediately asked what I did to it. So I had to tell her: I watered it. Yes, that really happened.

There are too many memories and shared jokes to specifically pinpoint, so I’ll just let them stay ‘on the inside’. What I will do though, is tell you a ten great things about The Coop.

1. We are brutally honest. In other words, if we utter the words “Does this make me look fat?”….we must be prepared for the answer.

3. Having a close girlfriend as your MIL really rocks (once you iron out the wrinkles of the situation).

4. We consider the 5 collective children between us ‘all our own’, even though only 2 of us birthed the lot of them. It’s nice to know, when The Beans misbehave at either household….they will be disciplined in the same manner I would do it myself. Maybe it’s a Southern thing?

5. We keep each other grounded. This alone is worth it’s weight in gold.

6. We harbor secrets, both big and small. Except between each other. Information is usually shared freely, even if at different times. There’s a lot of ‘oh, yeah…she told me that’, without any feelings of betrayal. Hard to swing those conference calls, ya know.

7. We are supportive of each other’s careers, goals, dreams, hopes, etc. Even if we don’t understand them completely.

8. I lent my underwear to one of them at a music video shoot one day, because she decided to ‘go commando’ that morning and ended up in wardrobe that was not conducive to that situation. I pulled off a surprise bday party for the other one year by calling and telling her I was in labor, so she would drop everything and show up at my house immediately. How many people can say that?

9. There are only a few people I would help bury a body. They are two of them.

10. We are doing what we said we would: growing old together. 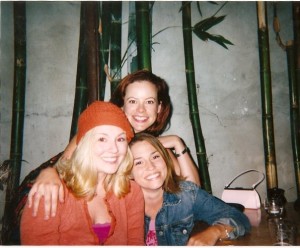 ***The Calibamamom was sprouted and raised in the South. Branched out to the West Coast, where she laid down roots, married into The Industry, and planted a garden with The Man. Always flying by the seat of her pants, sticking too many irons in the fire and raising The Beans in her Calibama way, she somehow manages to blanket Hollywood with the warmth of her patchwork quilt of life, full of hilarity, adventure, and plenty of ‘wtf moments’! She’s been called a force of nature, and is just fine with that. You can visit her over at A Calibama State of Mind….the door is always open! And follow her on Facebook and Twitter too!