I love that Mackenzie from Raising Wild Things put this up on my blog today… I think that we all have been at that place where we look at our child and go, WTF HAPPENED HERE? The threes have been a particularly rough time for us in this house and there are days when I just sit back and wonder what I must have done for my kid to be acting like this. It’s hard not to wonder how I effed it all up. 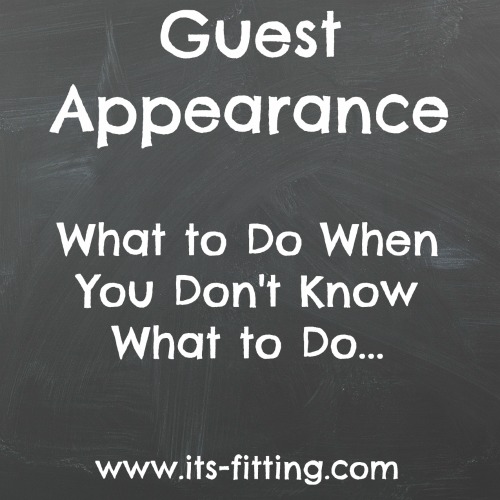 But I didn’t, and if you’re going through it too, neither did you… promise. Phases are, for the most part, just that. And while the Terrible Threes have been pretty freaking terrible, I do see the light at the end of the tunnel. I do see flashes of him becoming more mature, less of a little sh**, less emotional… He’s still too smart for his own damn good, and oh so stubborn when he wants to be, and BOY ALL BOY ALL THE TIME… but I know that this too shall pass… (please please please please please).

I’m sitting here with tears in my eyes as I write this because I am at a complete and utter loss for what to do. Our 3-year-old and I are going through a real rough patch as of late. Another one. And actually, it’s not just with me, really. It’s with everyone. He has epic meltdowns over everything. There’s screaming and flailing. And more screaming. And even more screaming. And there’s the whole not listening issue. It’s to the point where I’ve been in tears multiple times a day the past few days. Because in these moments, I do not like my own child. (Wow, that was really hard to write. Please note I said “like,” not “love”–I always love my children, but what’s that saying? I’ll always love you, but I may not always like you? Something like that. Or did I just make that up? No matter, I hope you understand what I mean here.) In these moments I just want to be 100 miles away from him. Doing anything else besides having to deal with his behavior. And that makes me feel like the worst parent in the entire universe. I’m consumed with guilt.

The 3-year-old is our second, so it’s not like I’m new at this parenting thing. I get that kids have temper tantrums. I get that kids get upset when they don’t get their way, and that, especially at this age, they have a hard time expressing themselves or even knowing what is going on within themselves. And I get that all kids are different. I even wrote about that early on in my Multiple Personality Parenting post. But I guess my problem is that I don’t really know what to do about it. How do I parent our 3-year-old effectively based on his unique needs? What exactly do you do when you don’t know what to do?

I hate comparing my children, but it’s so hard not to in this respect. Don’t get me wrong, our 5-year-old daughter had her moments and can still drive me bonkers, but we honestly never had these problems with her to this extent. NEVER. This is all new to us. Which leads me to a lot of questions about the 3-year-old’s behavior. Is it a boy thing? A second child thing? (I don’t ask if it’s a middle child thing because we’ve been having these issues since way before our third was even a consideration.) Is it age appropriate and our daughter was just calmer? Could there be something wrong with him, like some sort of personality disorder? ADHD? Are we raising a sociopath? Really, I worry about these things because it can be that bad.

I think part of the problem is that I have never witnessed any other kid behaving like this. Sure, I’ve heard about epic meltdowns, but I’ve never seen one with my own two eyes like the ones we experience with our son. Now that can partly be chalked up to the fact that we don’t have too many friends here in CT with kids this age, and partly to the fact that even if you see someone else’s kid having a tantrum, you’re just seeing the one instance, you’re not living with them 24/7 and getting an accurate image of what’s going on behind the scenes. Plus, no one’s kid could possibly be as challenging as your own.

The other part of the problem is that when he isn’t spazzing out, he is the sweetest, most loving, most cuddliest, most empathetic child. Really. He’s seriously like Dr. Jekyll and Mr. Hyde. One minute he’s saying, “Mamma, I love you so much” and smothering me with hugs, and the next he’s throwing himself on the ground and screaming like a banshee. It’s hard to know what I’m going to get.

It got to the point where I was starting to get so worried that I spoke to our pediatrician. Everything sounded typical, she said. Or at least not out of the ordinary. Which made me feel a little better. “But what do we do about it?” I wanted to know. She gave us some suggestions, and we’ve implemented them with a fair amount of success. But then 5 minutes later we’re dealing with the same exact issues all over again. And I know the child doesn’t have a hearing problem because he can hear when I’m opening food in the kitchen no matter where he is in the house.

Last night I posted to my personal Facebook page how emotionally drained I was from the past few days, and many of my friends wrote to tell me that I’m not alone. Which was comforting. Not because they had to deal with this too (because god knows I don’t wish this stuff on others), but because they were dealing with this too. Like maybe this is just fairly typical behavior (and maybe our experience with our daughter was atypical). But even so, it seems like we’re all left wondering exactly how we deal with this.

Is this just how it is at this age? Another stage we need to get through? Something, much like the tantrums themselves, we just need to ride out? And how the hell long will we be on this ride? Does it ever end? (Please for the love of all things Brad Pitt, tell me it ends at some point!)

***
Raising Wild Things is about the hilarity (and sometimes missteps) of raising young children. There is, however, no manual to do this. Parenting is a learn-as-you-go, fly-by-the-seat-of-your-pants, pretend-you-know-what-you’re-doing-even-when-you-(certainly almost 100% of the time)-don’t kind of job. Anyone who tells you different is lying. Or a robot.