When I was younger I used to think that I was strong, unflappable in the face of dire situations. I learned that from years of running rescue squad in college, then years of living in the overly frantic world of the entertainment industry, where a missing script could cause nuclear meltdowns and an unreturned phone call could make or break careers. I used to roll my eyes and wonder who, due to that missed phone call, had died. 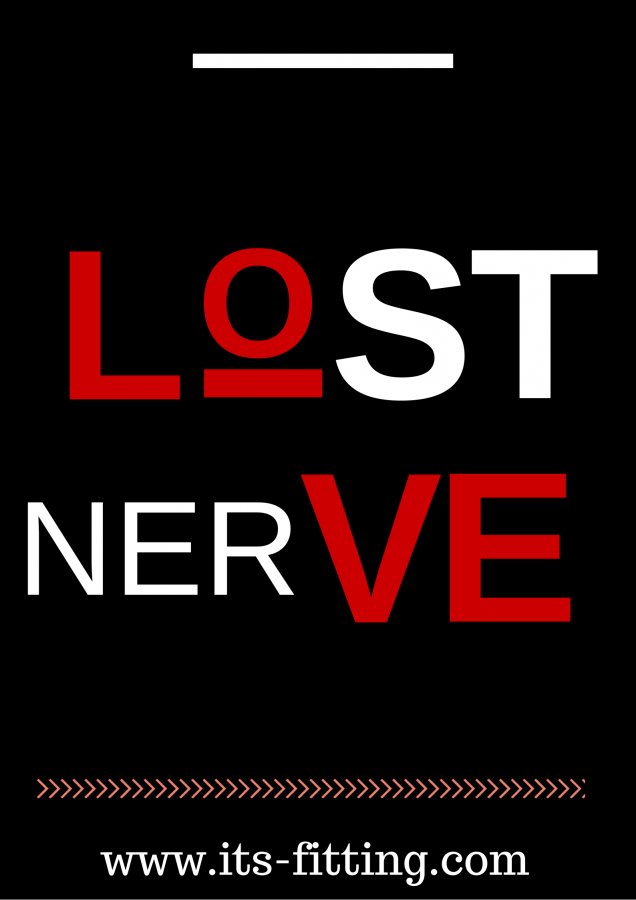 I have seen people sick, I have done CPR, I have watched them die despite my best efforts. And through it all I have remained calm and collected because that’s what my job required of me. There was no room in the scenario for a meltdown from me, even when things felt too overwhelming to even contemplate. Detach, do the job at hand, then process later, out of sight.

This worked for me. It worked when I had my first child, and the Big Kid had accidents and cuts and trips to the emergency room. His first fall down the stairs was emotional but I never lost my head, checking for broken bones through his screams, noticing that he never lost consciousness, that his pupils were still the right size and responsive, calling the doctor to reaffirm that he was indeed acting normal (as he charged for the stairs again.) His first trip to the ER for 2 staples in his head saw me holding pressure in the backseat on a profusely bleeding head wound. I did not panic, I did not freak out, I merely comforted and calmed and did what every mom would do in that situation. I never lost my cool.

But something happened the other day and my cool left. The Peanut fell, a sizable distance, and ended up with a large, 50 cent piece-sized egg on her forehead. The old assessment came back easily and I assessed, calling the doctor afterwards to confirm that she needed monitoring, but no ER trip at that time. She stopped crying and squirmed to get down, to run, to play again. Ok kiddo, off you go.

But later that day my calm unflappable self lost control. I was feeding her dinner when she tipped her head back to the seat, turned her head to look at me, and the light in her eyes changed. It dimmed and I immediately took notice. I called her name over and over again as I took the 3 steps to her chair. She didn’t blink. She didn’t move. She didn’t see. She just stared.

And the bottom dropped out of my world. I felt the sensation of falling, of losing control, of no no no no no, what is this, no.

I picked her up and felt her small warm head against my shoulder, limp. Peanut, what’s going on… where are you?

And then she was back. Slowly at first, then looking around and asking for more bananas like nothing happened.

And I lost control.

I sobbed and sobbed, holding her to me while she pointed and asked for more food. I didn’t know what had just happened and I was scared, more scared than I have ever been in my life about anything.  For those interminable seconds I really believed that she wasn’t going to come back, that it was over, my Peanut was gone and that my world was going to be forever changed. Then once she did come back I was scared, worried about what the fall had actually done, what damage there was in that little Peanut head of hers.

I was out of control with fear, unable to get my emotions in check at the idea of the impossible. I was lost.

I got it back together a few minutes later in order to call the doctor on call and let him know about the newest development in her day. He was unfazed, explaining that it was probably a absence seizure, brought on by the bonk to the head earlier. He explained that one seizure was within the acceptable limits of such a significant trauma to the head, two warranted a trip to the ER for more tests.

There were no more. There WAS a trip to the ER however because I was a basket case and decided she needed to go in order to save my sanity.

She is fine now, racing around the house and the neighborhood like nothing has happened. Racing around with little regard for life or limb, or the gigantic bruise on her little forehead. A hurricane once again.

But I am changed. I see the moment in my head over and over again and struggle to get my emotions in check and there is a hole in my armor now that can never go away.

I wonder how to repair it.

Being a parent is an assault on the emotions and the psyche. Everything you ever thought was important now pales in comparison to the little fireballs that race through your house, trying to hurt themselves with their stumbles and falls. And everything dims in that moment of need, that moment that they don’t need anything but you to pick them up, to fix it, and to make it better.

Mama’s here kid, and I will always try to make it better.