We haven’t always been a LEGO family. In fact, for years the Big Kid wanted nothing to do with building and wanted everything to do with cars and airplanes. If it was vintage, went really really fast or both (like a Spitfire, Mustang or F14) he wanted to play with it, watch it and learn about it. This was all very cool, since the Husband is a fighter pilot and PopPop is a vintage car FANATIC so we loved how obsessed and into it he was. The Husband was a little perplexed though, because he had been obsessed with building things as a child and thought our son would inherit the trait.

Then one morning the Big Kid woke up and caught the bug.

He started asking for LEGO building sets. He got his first one and relished following the directions, step by step until VOILA!! He had built the thing on the box. And it looked like it was supposed to! Glory be this kid was hooked.

He received more and more sets for his birthday, for Christmas, for a random Saturday that he was good…  He used his allowance to buy more and more. But we noticed that once he had built the set, he deconstructed it and threw the pieces into a box. It made me a little twitchy, thinking about all those Lego pieces, sitting in that box with no one to build them as he kept accruing more and more.

He got into the Architecture Series and built the Eiffel Tower after the Husband and I went to Europe. 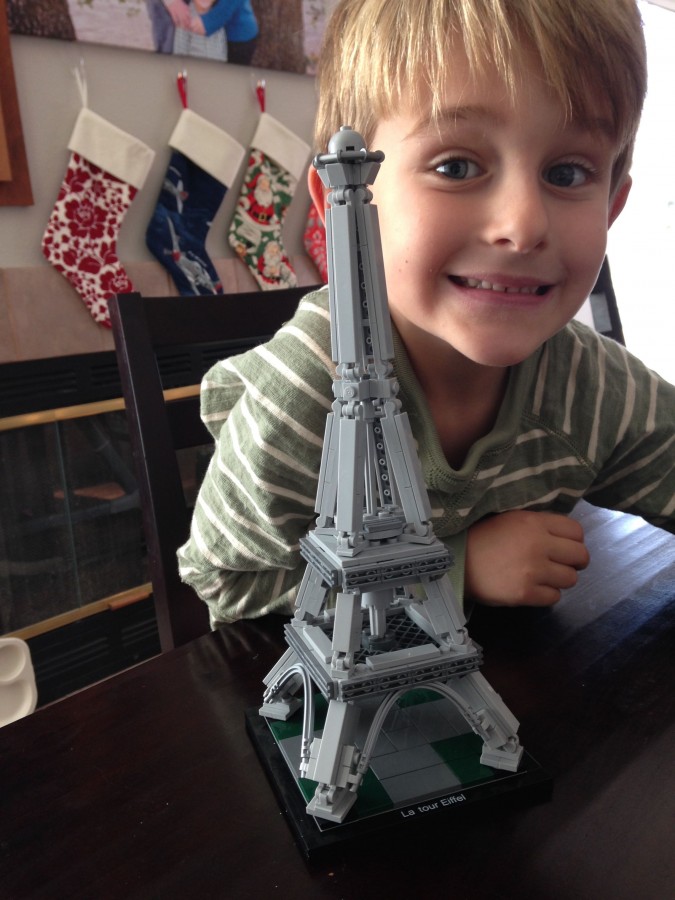 I was way impressed with his ability to sit and build for that long and the way he studiously and carefully put it all together. I should have known that THIS was only the beginning. He realized that he could build things, not just the things on the box, but things in real life. Things that existed outside of the LEGO box and out in the world. 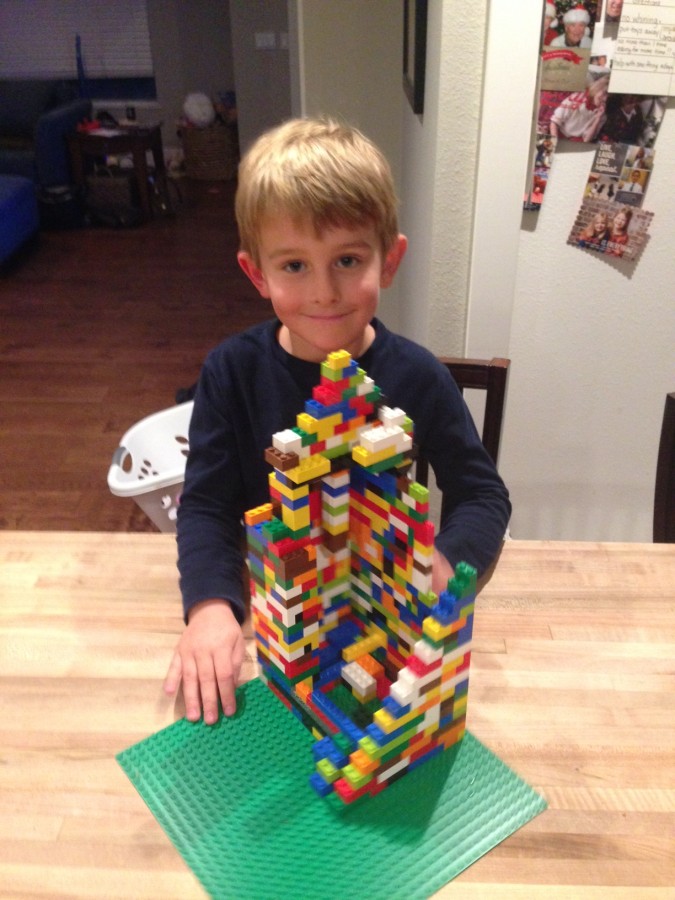 So when I came home from Mom 2.0 Summit with even MORE LEGOs and the directions to get crackin’? We ended up with not only the things that he could build based upon the instructions or the pictures on the side of the box… 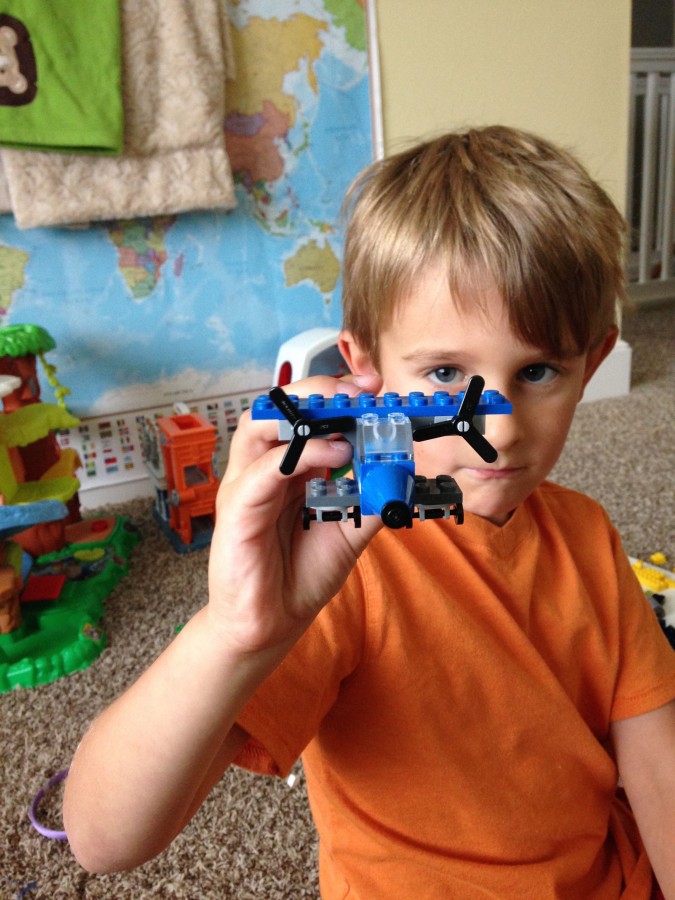 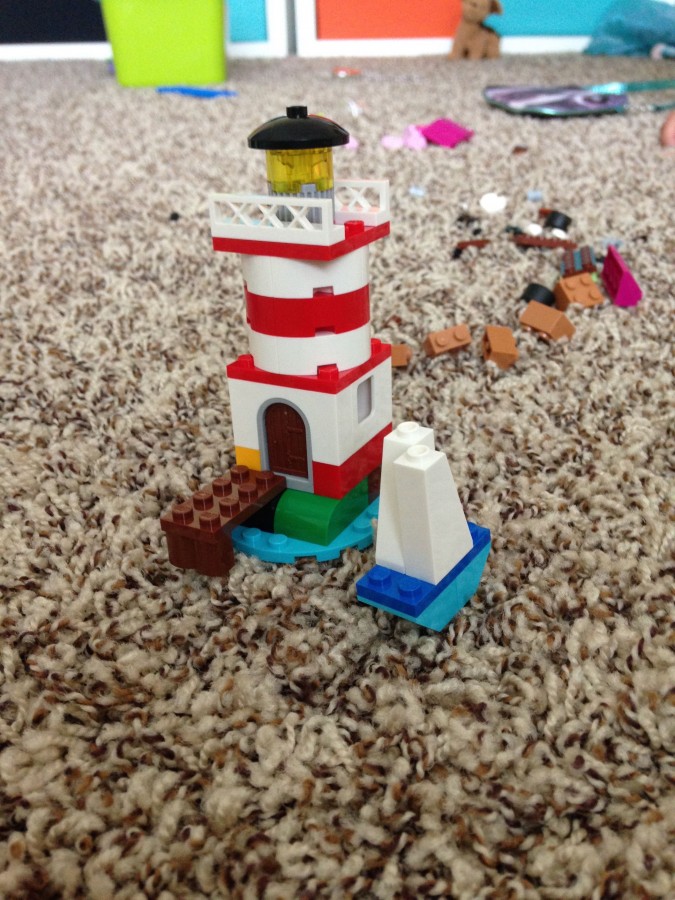 But something that made me pause… 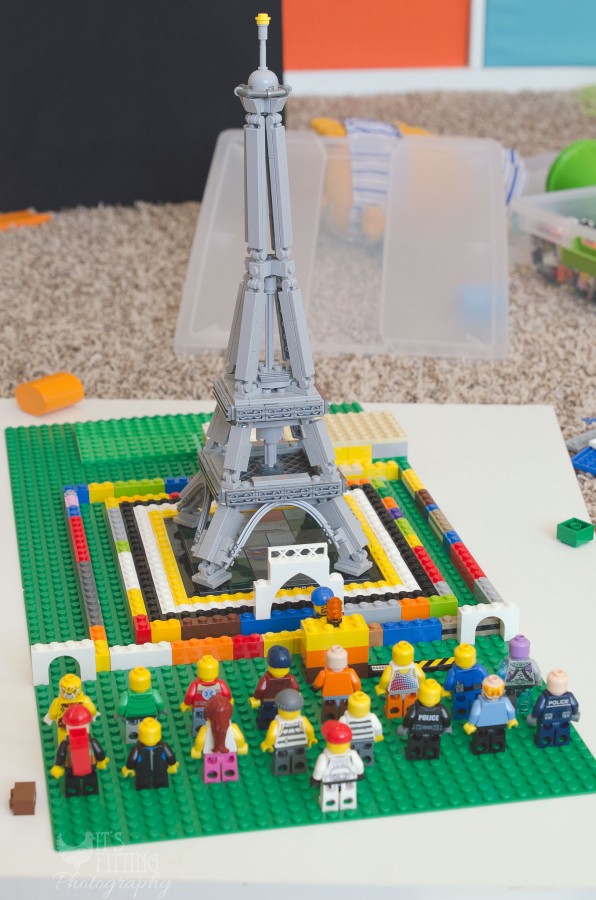 A little Big Brother-ish, no? Does anyone else get the feeling that he’s planning some sort of world takeover?

Ah well kid, until then, #keepbuilding