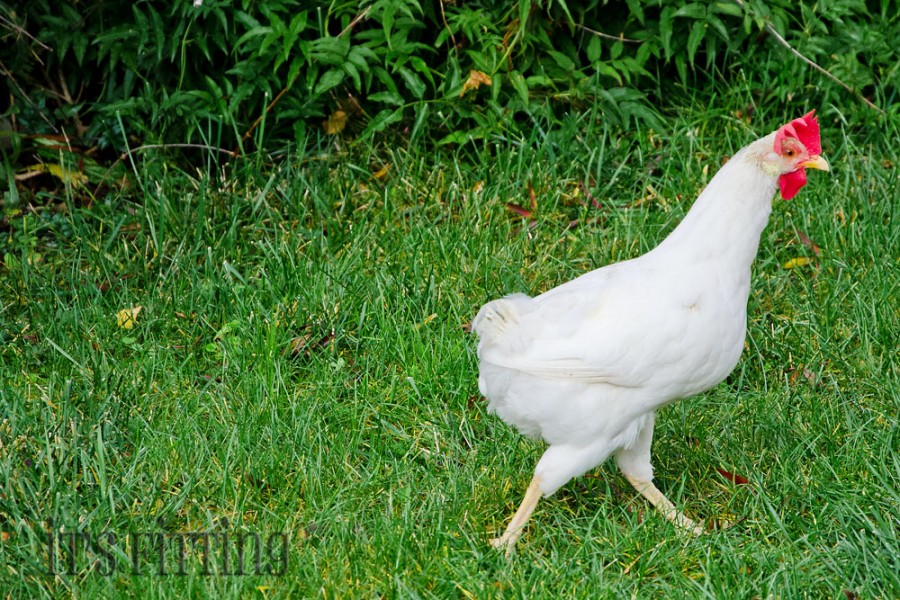 So let’s talk about what’s missing in this picture…  Yeah, those would be tail feathers, which are currently all over the damn chicken run, making it look like someone got attacked. Also missing from this scenario? EGGS! I guess it’s official then.

My chickens are molting. WTF.

Don’t get me wrong, I love my chickens. But they are not particularly cute and cuddly and beyond their amusing antics of actually being able to fly (WTF) I expect them to produce eggs in return for the fancy organic laying feed that I provide them. Yeah… but apparently during THE MOLT, they do not lay. Totally lame, but (before all of you animal lovers out there start getting all uppity on me) I get it. These girls lay an egg roughly every 26 hours and at some point apparently they need a break. This is their chance to put some energy into growing more feathers, resting, relaxing and working on their tans. (Lots of luck gals, it’s freaking RAINING here.)

Because I suck at this whole farming thing and would have NEVER gotten chickens without access to Google, I apparently need to start feeding them more protein during this process (someone suggested cat food, but my fancy, snooty chickens have turned their nose up at THAT) and I need to be patient. Ha. You are talking to a woman who is 9 months pregnant and quite possibly the most impatient person you’ve ever met.

This should be interesting.

So I will be patient. But sad. Because let’s be honest, once you’ve had literally fresh-from-the-chicken eggs? Everything else tastes TERRIBLE.

And even more likely? They look so pathetic and I’m nesting like such a maniac that I may end up knitting them cozy sweaters or something so they don’t freeze their featherless butts off.

I think it’s time to have this baby.