NO NO NO NO NO… I’m not pregnant. But remember when I was?

Twice I have gestated and produced children. 18 months I have spent with wildly fluctuating hormones, an ever expanding waistline and swollen feet. 80 weeks of being home to little aliens that dictate your every move.

And both times, at the beginning, I had NO idea I was pregnant.

You know who else didn’t have a clue that I was pregnant? My husband.

The first time I got pregnant, I decided to wrap up the test in a box and give it to him as a present. (Yes, I gave him a stick covered in pee and thought it was a great idea…) The box was vaguely similar in shape and size to an iPhone box, it was close to the holidays, and so guess what the hubby thought I had given him for Christmas?

Let’s just say it wasn’t a stick covered in pee.

I handed him the box while he looked at me with childish delight.

“A present? For me?? You shouldn’t have Babe!” He unwrapped the box, grinning wider and wider as he envisioned the shiny new iPhone 3 that was inside. When he actually opened the box, his grin of delight turned to a look of confusion.

“Um, what is it? Are you trying to tell me that you’re PREGNANT?”

This was not going as well as I had hoped.

“So you didn’t get me an iPhone? And you’re PREGNANT? How did this happen?”

I had a pretty good idea.

“I wasn’t even HOME much this last month!”

At that I looked at him with unbridled horror. Are you KIDDING ME DUDE? He saw the look on my face and quickly hugged me and proclaimed his love for me, for our unborn child, for how fertile and amazing I was that I managed to get pregnant when he was hardly ever around.

“Seriously though, I wasn’t home at all… ” 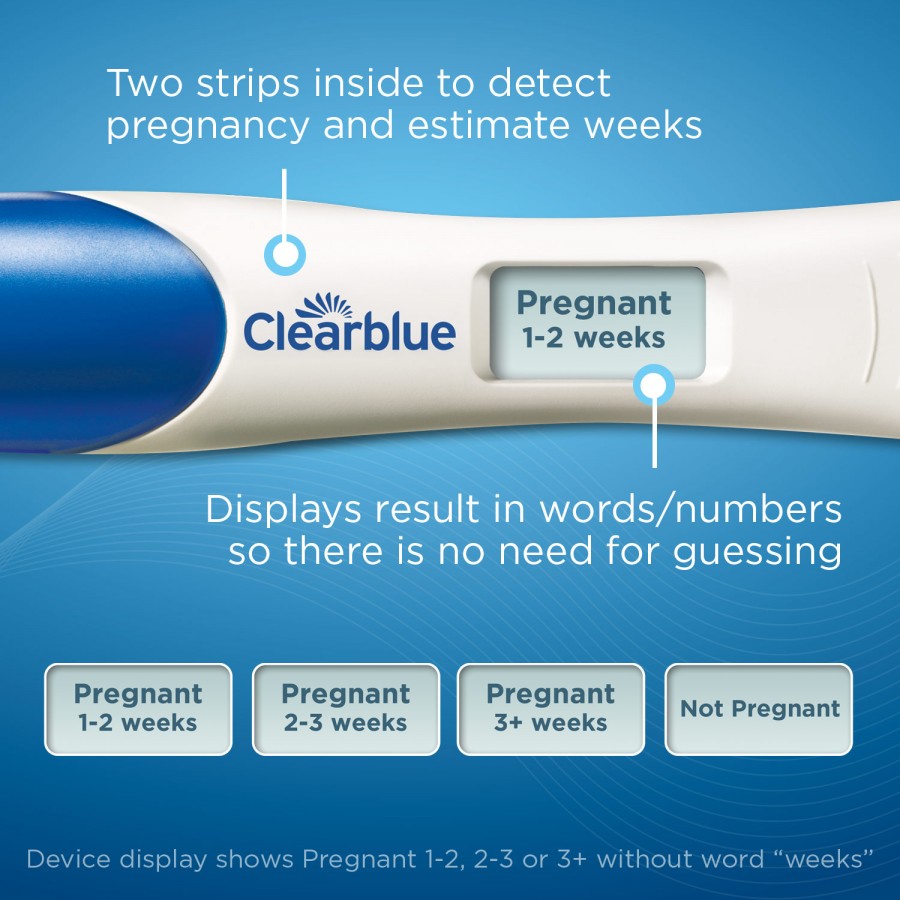 You can snag this amazing pregnancy test at your local CVS Pharmacy or at cvs.com and it is approximately 93% accurate at predicting when that life was created. It is also extremely helpful in reminding your husband that indeed he was actually present for the conception.

Because I’m good, but I’m not that good.

I was selected for this opportunity as a member of Clever Girls Collective and the content and opinions expressed here are all my own.